Jump to Time and Loop Time

After a few hours of experimenting, I can’t seem to get predictable behaviour when using Jump to Time and Loop Time nodes, and the timeline.

Here is a very simple setup. I simple want to loop during the first 2-3 seconds with “Loop-sphere” Loop Time node. Then when hitting a key, jump to the other “Loop-Cube” in the timeline (from 4 to 6 seconds).

Am I missing something with vertically positioning the nodes?
I also realized that after stopping and starting playback a few times it would get more erratic, and after restarting Notch It seemed to at least do the first loop, but still Jump to time will not work.
Also, if I set the jump to time node to global, the screen will just go to black.

The manual says the playhead and active to 1.0 should activate the node. But nothing happens when pressing the key (from the keyboard modifier).

Also, I would love to know if there is a way to see where is the layer playhead and where is the global playhead to be able to better debug what’s going on.

Thank you for your time.

So my approach was just wrong, the best way is to work with modifiers that constantly modify the time in each node (or fbx animation) and just forget about the main timeline.

Best explanation I could find was in this livestream at 38:25 using Time stretch node: 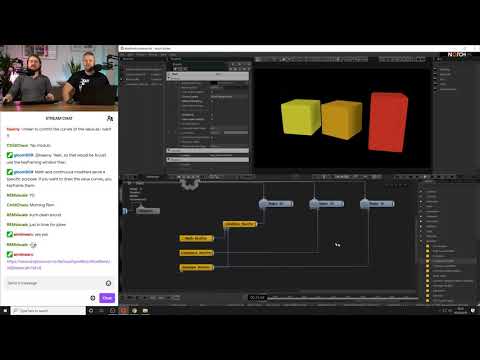